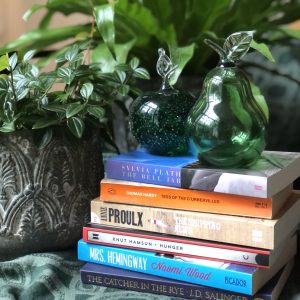 Writer Samuel Beckett coined the phrase “Fail again. Fail better” in his penultimate novella Worstward Ho in 1983. It became the mantra for individuals, entrepreneurs and writers around the world, urging them to overcome their challenges and continue striving to reach their goals.

In a BBC article, writer Lindsay Baker suggests the term ‘fail-lit’ as a new literary sub-genre. “Could failure be the new literary success?” asks Baker, “and, if so, doesn’t that mean it’s not really failure at all?” Indeed it can, especially given the torrent of 21st-century authors who have embraced the theme of failure for their characters, and also those authors who have written from personal experience.

Failure is an experience that all authors struggle with at some point. I do not know of any author, from William Shakespeare to Hilary Mantel, who effortlessly wrote a fictional work, signed with the first agent they approached, and was immediately offered a lucrative publishing contract and publicity deal. The growth of social media in the last two decades has allowed writers to publicly vent their experiences and struggles to find representation and recognition for their work.

My struggles as a writer are not at the same levels of hardship as the Tess Durbeyfields and Esther Greenwoods of the fictional world, nor do they come close to the numerous writers who struggle to subsist, let alone achieve authorial success. My failures, inconsequential as they are to others, are my own.

Writing is a solitary pursuit, requiring self-discipline and commitment to regularly write, which is an aspect of being a writer that I struggle with every day. As much as I enjoy the actual writing and the research needed to create historical fiction, I am plagued with self-doubt, questioning my abilities and methods. I’m sometimes overwhelmed with the amount of work involved in completing a novel – even though my current book is modest compared to War and Peace – and wonder whether it will ever be completed, published and available in bookstores.

I once believed failure was a necessary but unwelcome part of life. I accepted it and grudgingly conceded that after failure I needed to pick myself back up and move on with my life, hopefully a little stronger and wiser from the experience. I certainly didn’t see my failures as worthy of celebration.

Over the past two months, however, I began changing the way I perceived failure. I listened to TED talks: a brilliant one by writer Elizabeth Gilbert on ‘Success, failure and the drive to keep creating’ and another by psychologist Raphael Rose on ‘How failure cultivates resilience’.

I am currently listening to writer Elizabeth Day’s regular podcast ‘How to Fail’, in which she interviews authors on how their failures have taught them to succeed better. Honest, funny and empowering, each interview recognises and honours the hiccups, near-misses and complete screw-ups we encounter in life, not just in the realm of being a writer, but in being human.

My mindset is gradually changing. I’m beginning to see failure as something to not simply tolerate, but embrace; not to fear, but absorb into the spirit of who I am, how I relate to others and how I bounce back from life’s challenges. My failures shape me, help me gain experience and understanding, boost my resilience, and encourage me to reexamine my strategies, priorities and values.

As an avid reader of fiction, I turned to novels as a way of studying the theme of failure. I considered how I related to the characters, their failings, and the universal lessons to be learned. Literature is filled with characters who have failed spectacularly and recovered to varying degrees. A list of suggested novels is below.

As I write my current novel, I consider how my characters are affected by failure in their fictional lives. Do my characters learn from their failures and gain a deeper understanding of life? Do they mature and grow? Do their values and priorities change? Do they become more resilient, evolving into champions of their own lives, leveraging their failures to propel themselves into a brighter future? Or do they become inflexible and bitter, stagnating rather than growing?

Below are books that cover the theme of failure:

Bleak House by Charles Dickens
Oblomov by Ivan Goncharov
Great Expectations by Charles Dickens
Crime and Punishment by Dostoyevsky
Middlemarch by George Eliot
Hunger by Knut Hamsun
Tess of the D’Urbervilles by Thomas Hardy
Jude the Obscure by Thomas Hardy
Down and Out in Paris and London by George Orwell
The Lost Weekend by Charles Jackson
No Longer Human by Osamu Dazai
Catcher in the Rye by J.D. Salinger
Seize the Day by Saul Bellow
The Bell Jar by Sylvia Plath
The Tenant by Roland Topor
Stoner by John Williams
A Man Asleep by Georges Perec
The New York Trilogy by Paul Auster
Leaving Las Vegas by John O’Brien
The Shipping News by Annie Proulx
Wonder Boys by Michael Chabon
Mr Loverman by Bernardine Evaristo
The Quitter by Harvey Pekar
Mrs. Hemingway by Naomi Wood