Whenever I smell freshly grated nutmeg, my mi 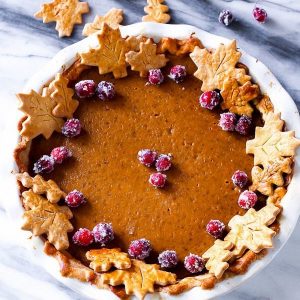 nd takes me to the kitchen of my childhood home. My dad and I stand side-by-side with our sleeves rolled up, wearing aprons: he mixes canned pumpkin with eggs, cream, brown sugar and spices, while I roll out pastry for a pie crust.

The memory is linked to more than the aroma and taste of nutmeg in a pumpkin pie. It is a complex memory, inspired by my family’s three-year posting to Washington DC when I was a child, and how we brought back an American recipe to our Australian homeland and turned it into a new family tradition. It is an emotional memory of father-daughter companionship, a shared creative activity, a time of talking and laughing, togetherness and love.

Sensory experiences often begin with a fleeting impression – the aroma of eucalyptus leaves, the texture of merino wool, the sound of bellbirds, the turquoise gleam of the sea – which can trigger vivid memories and powerful emotions.

The human brain is wired to respond to sensory information spontaneously. Although the five senses work independently from one another, they are intrinsically linked, one playing off the other. Memory plays a critical role as our brain makes sense of the information it has collected.

While painters and musicians focus on one or two senses to bring an added layer of meaning to their creations, writers often employ all five senses. Author Janet Fitch says: “appealing to the five senses is the feature that will always set writing apart from the visual media.” As writers, if we want to imbue our stories with richer textures, deeper emotions and authentic characters, we need to incorporate all five senses within our writing.

We all have favourite novels that pull us so strongly into the narrative we become immersed in the story, feel the hope and despair of the characters, sense the impending disaster. Such novels draw heavily on the five senses to create depth and multiple layers of meaning.

The severe climate in Copenhagen and Greenland, along with the heroine’s intuitive understanding of snow and ice, are powerful themes in Peter Høeg’s Miss Smilla’s Feeling for Snow. Høeg’s tactile descriptions of the temperature, density and texture of ice crystals heighten the suspense and contribute to unlocking the secrets behind a child’s grim death.

The novel Perfume by Patrick Süskind explores the sense of smell in such a way that readers are captivated yet appalled by the mesmerising descriptions. Scent becomes the motivating factor for olfactory savant Grenouille as his curiosity of certain smells turns to obsession, ultimately leading to the realisation of his brutality.

In her novel Bel Canto, Ann Patchett vividly describes the music produced by the protagonist, opera singer Roxane Coss. The soprano’s clear notes, rich tones and trembling vibrato add an intense dimension to the claustrophobic atmosphere in the villa and the extreme interactions between the terrorists and hostages as the story unfolds.

The luscious tastes experienced by the customers of Vianne Rocher’s chocolaterie in a small town in southern France are richly detailed in the novel Chocolat by Joanne Harris. Creamy chocolate provides a delightful counterbalance to the atmosphere of fasting and frugality endorsed by the abstemious village priest during the season of Lent.

Before I start writing a new chapter for my current novel, I close my eyes and imagine the scene, focusing on all five senses. I then write down key words and phrases. Describing what I see often happens quickly, while describing the other four senses is a slower, more introspective process. It is reliant on knowing the unique qualities of my characters, recognising how they would react to a particular smell, sound or taste.

Senses rarely exist in isolation. They are not always stationary. While I write, I focus on how sounds and smells move, change and connect; how the senses of touch and taste require physical interactions with the characters; how each sense connects with characters in unique ways.

My first draft of a scene is often too elaborate. I pare away the superfluous details during the editing process. Including two or three sensory descriptions are usually enough for a scene; all five can be too much.

Like the perfume we dab on our necks and the rich treats we enjoy during the festive season, a subtle use of sensory description is enough to create a powerful effect. Subtlety is important. Readers want to be immersed in the story, not drowned by it.

For those wanting a terrific pumpkin pie recipe, try the one at Sally’s Baking Addiction. And go easy on the nutmeg. It’s strong stuff.