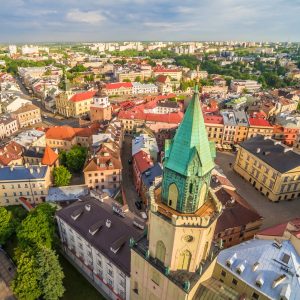 The first time I learned about narrative distance – also called psychic distance – I was attending a writers’ workshop in York. It was a light-bulb moment for me.

Workshop teacher, author and freelance editor, Debi Alper, described narrative distance as the space between a novel’s narrator and the reader. Existing in multiple levels, narrative distance can be a far-off, objective view where the reader is observing from afar. It can zoom in to a close-up of the character’s thoughts and emotions, removing the narrator’s voice so the reader feels what the character feels. The levels in between allow the reader to get closer to the character, but not quite inside their head.

Imagine you’re in the sky and looking down on a street, watching a woman rush from the door of a building. Zoom in a little closer and you notice the woman is scowling, muttering about being late for a meeting. Closer again, you hear her talk into a mobile phone, her tone irritated, the recipient’s voice anxious. The woman snaps the phone shut and strides along the street, her mouth set in a thin line. You’re inside her head now, listening to her silent rant about the inept work colleague who forgot to inform her of the changed meeting time, and how she’s not going to put up with his incompetent behaviour anymore. She’ll speak to the supervisor. Complain. Serves him right.

I often use this technique as I’m crafting a new scene, reminding myself that a story needs a range of zooming in and out to create a dynamic story for readers to engage with the characters. Too many distant, objective views and we lose interest. Too many long screeds of frenzied interior monologue and we also lose interest. Balance is required. A story needs extreme moments to provide context, intensity and suspense, along with subtler moments to provide detail, richness and contrast.

Author and editor, Emma Darwin, says that when she provides feedback to writers, she’s more likely to tell them to exploit the closer-in level of narrative distance than the distant view. “It’s much harder to get people to enjoy your writing,” says Darwin, “if you don’t use the close-in levels to evoke the real experience of the characters.”

While writing my first novel, The Engraver, I used visual cues for inspiration. Pinned to the noticeboard in my study were two photos: a distant aerial view of Antwerp and a close-up portrait of a serious-looking woman. They served to remind me of the importance of narrative distance when crafting a story.