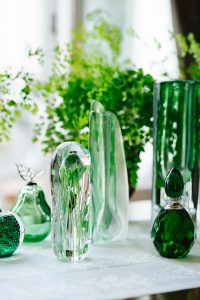 I’m fascinated by the endless ways in which artists – whether musicians, painters, photographers, graphic designers, but especially writers – find inspiration.

‘If you want to be a writer,’ said Stephen King, ‘read a lot and write a lot.’ An abundance of thought-provoking material is at our fingertips, in every imaginable style and genre. Newspapers, magazines, radio interviews, blogs, biographies, memoirs, poetry, contemporary fiction and classics from yesteryear can all provide inspiration. Even obituaries.

Author S J Watson was reading an obituary about a man who had amnesia and couldn’t form new memories, which was the spark that led to writing his bestseller Before I Go To Sleep. Having first read the Iliad with her mother when she was a child, author Madeline Miller was inspired by the close relationship between Achilles and Patroclus to write The Song of Achilles.

Writers are often inspired by actual events, blending historical research with imagination. When Khaled Hosseini was watching a news story about the Taliban forbidding the flying of kites, which he had done often when growing up in Kabul, he wrote a short story which was later developed into The Kite Runner. Emma Stonex was inspired by the unexplained disappearance of three lighthouse keepers from the Flannan Isles in the Outer Hebrides in 1900, which formed the idea for The Lamplighters.

A particular place can be the driving force behind a story. James Joyce found inspiration in his hometown of Dublin for his writing, while Hemingway was inspired by his time in Paris and travels in Spain. Lucy Maud Montgomery’s life on Prince Edward Island inspired the creation of her heroine for Anne of Green Gables. Claire Fuller found inspiration for her novel Unsettled Ground after visiting a deserted caravan in the woods near her home. My inspiration for The Engraver followed a visit to the Rubenshuis museum in Antwerp, where I learnt about a feud between the famous painter and his little-known engraver.

Inspiration can also strike after seeing an object. Ransom Riggs’s collection of Victorian photographs, which had a creepy Gothic feel, inspired Miss Peregrine’s Home for Peculiar Children. An old black and white photograph of his father in a fascist uniform was the inspiration for Junot Díaz’s novel The Brief and Wonderous Life of Oscar Wao. After Donna Tartt saw a copy of the painting The Goldfinch at a yard sale, she was inspired to write her eponymous novel in which a boy carries around the painting in his backpack. A collection of green crystal inspired one of the key relationships in The Engraver.

Where do you get your inspiration?