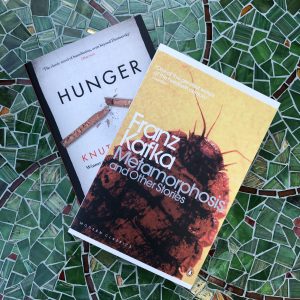 I’ve lost count of how many times I’ve read Pride and Prejudice. I discover something new on each reading: a witticism from Elizabeth or a snipe from Mrs Bennett that I hadn’t fully appreciated during an earlier reading.

Classic novels never lose their appeal, attracting readers from one generation to the next, revealing new depths when read multiple times. Classics explore universal themes, contain memorable protagonists, and maintain their relevance no matter which era they were written.

Growing up in Melbourne, my school reading lists focused on Australian classics by such literary greats as Marcus Clarke, Henry Handel Richardson, Jeannie Gunn, Miles Franklin and Joan Lindsay. The books immersed me in the lives of Australians, from convicts in Tasmania to settlers in the Northern Territory and lost schoolgirls in rural Victoria.

By senior school, my reading lists centred on classics by acclaimed English writers – Chaucer, Shakespeare, Eliot, Austen, the Brontë sisters, Dickens and Hardy – along with more modern authors from England and America such as Forster, Waugh, Golding, Steinbeck and Lee.

I turned to foreign-language classics when I studied history at university, focusing on Russian and French novels with a preference for Chekhov, Tolstoy, Colette, Balzac, Zola and Flaubert.

My curiosity is now piqued to read a broader range of foreign-language European classics. What better way is there to experience unique cultural ideas through the eyes of a country’s acclaimed authors?

I have assembled the following list as my starting point. Please let me know if you have any must-read recommendations for me to add.

The next additions to my teetering book stacks will be a selection of literary classics from the Middle East, Africa, Asia and South America. (I emit a long sigh as I write this, muttering to myself that there are not enough days to read all the books that I want to read.)

Which foreign-language classic is your favourite?