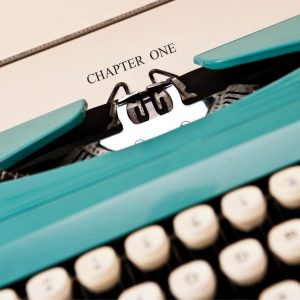 The opening chapter of a novel is the element that is rewritten, amended and tweaked more than any other part of a story. Ask any writer how many versions of an opening chapter they have written, and the answer will be dozens, if not more.

Deciding on exactly where and how to begin a story is a task that fills authors with a mixture of excitement and dread. The beginning plays a crucial role: to captivate the interest of the reader and invite them to share an unknown adventure while setting the tone for the entire story.

I joined an online masterclass recently with Kamila Shamsie, the award-winning author of seven novels. She shared ideas on how authors approach the various challenges involved in writing the beginning of a story.

“The beginning can come from a single idea, a sense of place or an impression of a character,” said Shamsie. “It’s all about bringing different interconnected strands together and connecting them into a story.”

She discussed how the different ideas behind her fifth novel, Burnt Shadows (2009) brought together the tumultuous world events of the atomic bombing of Nagasaki in 1945, partition of India in 1947, and nuclear tests conducted by Pakistan in 1998. When she started writing Burnt Shadows, she began the story in Nagasaki, but did not know at that stage how the other strands of the story would be connected.

“Writing a story,” said Shamsie, “is a matter of beginning to write and allowing the story to emerge in the way that works for you.”

She advised writers to look for connections and experiment with different ways to bring those separate threads together. She reassured writers that they won’t necessarily know the complete plot or have all the answers when they begin writing a story, but to keep writing until the story they want emerges.

Shamsie quoted acclaimed novelist and creative writing professor Colum McCann, who said: “Don’t write what you know, write towards what you want to know.” Shamsie admitted that although she knew a great deal about the partition of India and establishment of Pakistan when she first began writing Burnt Shadows, she had to do a huge amount of research for the strands of her novel set in Japan.

Shamsie talked about the countless chapters she deleted; the various drafts she wrote before finally settling on a version that satisfied her; the numerous moments she realised the story needed to go in a different direction and she had to go back and begin a chapter or section again.

Writing a story is a process of discovery. It is an on-going series of lessons in learning about the plot and characters, discovering who the characters are and what they desire, placing them in situations and seeing how they react.

It is also a journey of self-discovery. Every time we take up our pen to write, we are pushing ourselves to examine issues and themes that have significance to us on a personal level. We develop our writerly muscles every time we experiment with a different idea, setting, style or phrase. Kurt Vonnegut declared that writers “have to continually be jumping off cliffs and developing our wings on the way down.”

No matter how long it takes or how much rewriting, amending and tweaking is done before the story is finally complete, the journey of writing a novel allows us to hone our skills. “In the process of writing,” said Shamsie, “you are becoming a better writer.”

Next time I’m struggling with writing the beginning of a new chapter or a new story, I will remember Shamsie’s encouraging words.