Flashlight Under the Covers 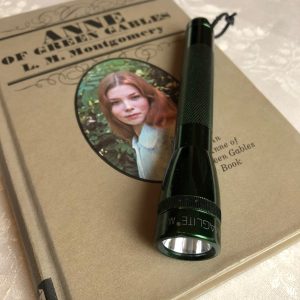 I’ve always been a voracious reader, ever since I discovered the magic of Charlotte’s Web, The Borrowers, Anne of Green Gables and Little Women. Just one more chapter, I’d say to my parents when they came into my room at bedtime to remind me it was lights out. I became one of those children who read with a flashlight under the bed covers, desperate to know whether Charlotte saved Wilbur, Arrietty escaped from the human beans and Anne sought revenge for being called carrots by Gilbert.

I may not read with a flashlight under the covers anymore, but I still read fiction with the same fervour and sense of wonderment as a child. Fiction lets me escape into other worlds, experience life through another person’s eyes, become acquainted with new characters, immerse myself in beautiful prose, gain perspective, understanding and empathy.

Like real life, fictional timelines are constantly evolving. They are embedded with characters who, like us, live in the moment, are influenced by the past and contemplate their future. Fictional characters are relatable, even if they exist in a different time period to our own.

I enjoy writing historical fiction, despite certain aspects of the research being tedious. Let me visit museums and wander around cities and towns any day, over ploughing through textbooks and websites. The impassive presentation of facts and figures, and the absence of the emotional side of the human spirit in historical texts can make them dry and unappealing.

Although I appreciated the textbooks about pre-revolutionary New York that I read at university, I’d much rather read a novel, such as Golden Hill by Francis Spufford. His novel allowed me to share the protagonist’s emotions and immerse myself in the sights, smells and sounds of the colony in 1746.

Fictional worlds are magical. Isabel Allende described it best when she said: “the library is inhabited by spirits that come out of the pages at night.”